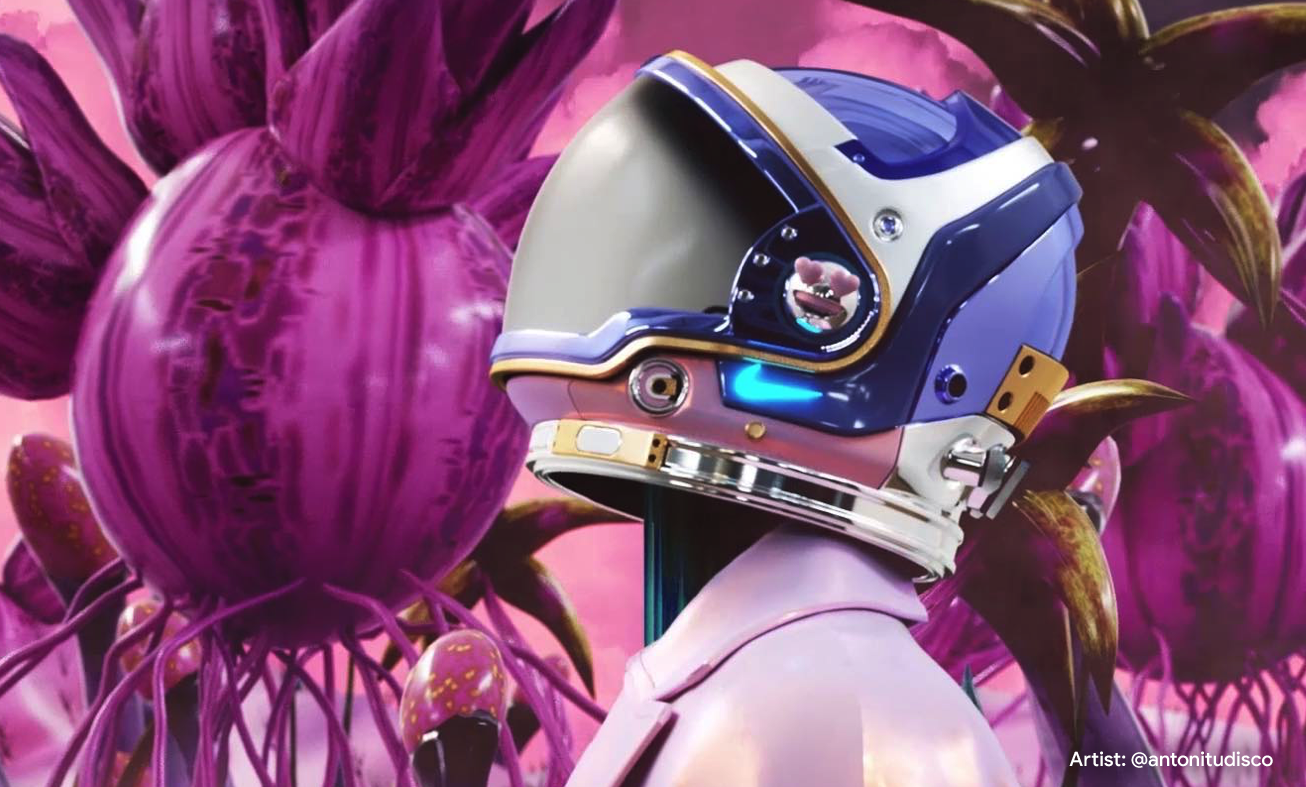 We are currently living in the era of a global technological movement that is referred to the transition from web2 to web3, immersive Internet (3D). This is a completely new story. A bit like the difference between Instagram (2D) and VR (3D). Can you feel it?

This movement has attracted the brightest minds. Web3 is mindset. Here, the community comes first, true digital ownership is what counts, thanks to blockchain technology, and the creator’s economy reigns supreme.

What is worth knowing about?

The web3 movement and decentralized system based on blockchain technology was created in opposition to the fossilized system based on the monopoly of power and resources of technological giants such as: Google, Amazon, Facebook / Meta, Apple, who currently control the market in various respects, e.g. economic, advertising or access and flow of (sensitive) data, and much more. Just as Bitcoin was created in opposition to the banking system, so was Ethereum to the software of technological giants.

Why is it interesting?

Thanks to this new technology, we can go beyond the “rich get richer” circle and, based on new foundations and values, create a new world order for future generations. This is where we are now and it is really exciting!

How is web2 different from web3?

Web2 is the Internet (2D) that allows us to communicate freely on well-known social media such as Facebook, Instagram or YouTube. Thanks that we can communicate with people around the world in a very simple way, create content and share it with others. However, this was not always the case…

Before the Web2 era, in which social media, influencers and profiles of famous brands reign, we could use the Internet in a rather ascetic form, i.e. using an e-mail box and a search engine. It was actually all the communication in web1. Funny? To a certain degree.

Therefore, we can see that we have experienced a profound change in technology and the web1 approach to Web2, which has significantly translated into the way we communicate, run a business or the lifestyle itself.

We are currently experiencing another leap in innovative solutions and it is only up to our creativity what we do with it. Web3 offers great opportunities for creating an engaged community and projects that can change our world in every way.

Imagine if your NFT (digital asset) allows you to profit from owning it, because you bought it for $ 200 and now it is worth $ 1.5M + (passive income), while supporting a third-party independent artist, whose children, using new technologies (AR/Snap) to create content and share it on social media, thanks to which the project is still gaining popularity, and its community is growing, which allows for help on a larger scale (…)

This is just one example of how we can use NFT to change the world, economy and awareness of where we are and where we are going in this global movement.

In the virtual world, nothing limits us (apart from the technology itself), so everything we think about is possible.